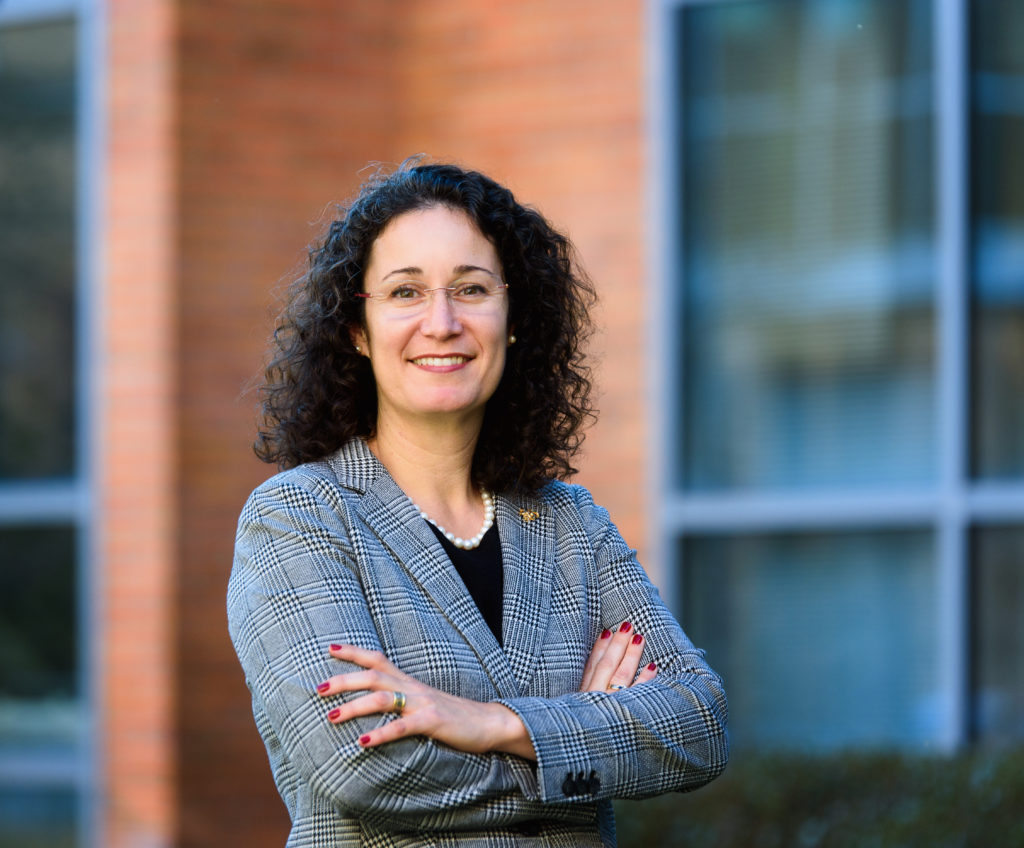 Dr. Sharon L. Walker, PhD, is Dean of Drexel’s College of Engineering and Distinguished Professor in the Department of Civil, Architectural and Environmental Engineering. She also holds courtesy faculty appointments as professor of Chemical and Biological Engineering, as well as Distinguished Professor in the Department of Biodiversity, Earth and Environmental Science in the College of Arts and Sciences. A Yale University-trained water quality systems expert focusing on the fate and transport of bacteria and nanoparticles in water, Walker is also a fellow in the Association of Environmental Engineering and Science Professors (AEESP) and in the American Association for the Advancement of Science (AAAS).

Prior to joining Drexel Engineering, Walker served as Interim Dean at the Marlan and Rosemary Bourns College of Engineering at the University of California, Riverside (UCR), where she was John Babbage Chair in Environmental Engineering and professor in the Department of Chemical and Environmental Engineering; she was also an associated faculty member in the Department of Bioengineering. During her tenure at UCR, Walker was previously Associate Dean of the Graduate Division at UCR, and Associate Dean for Student Academic Affairs, and she served as a faculty advisor to the UCR Alpha Beta chapter of Tau Beta Pi and the Society of Women Engineers UCR chapter. She was awarded the 2008 Woman of Distinction Award by the Girl Scouts of San Gorgonio Council for her outreach efforts in STEM education as well as the 2011 Chancellor’s Award for mentoring undergraduates in research.

Walker’s scholarship has focused on working with bacterial pathogens and engineered nanomaterials, investigating the fundamental physical, chemical and biological processes that control their fate in natural surface and groundwater environments, as well as analyzing engineered systems including water and wastewater processes. More recently, Walker has applied these skills towards agricultural and food safety issues, including pathogen interactions with leafy greens and food handling equipment, as well as pathogen-insect vector systems. She is a two-time winner of the Fulbright Fellowship, for which she visited at Ben Gurion University of the Negev in Israel from 2009-10 (though declined in 2018 to assume the deanship at Drexel); received an NSF Career Award in 2010; and held an ELATE fellowship from 2014-15. Walker has produced more than 250 conference papers and publications, and in 2018 won the AEESP inaugural Mary Ann Liebert Award for Publication Excellence in Environmental Engineering Science. She is an active member of the American Chemical Society, the American Institute of Chemical Engineers, the Association of Women in Science, the Society of Women Engineers, and the Chi Epsilon, Tau Beta Pi and Golden Key honor societies. Walker’s previous service includes election to the roles of vice chair (2015) and chair (2017) of the prestigious Environmental Nanotechnology Gordon Research Conference, as well as an official with AEESP and with the American Chemical Society’s Colloid and Surface Science Division.

As Walker stewards Drexel’s College of Engineering, her priorities stem from the new strategic plan, Building on Tradition for Tomorrow: Engineering Our Future Together. She was appointed Dean at Drexel in 2018, and continues to be a sought-after speaker on topics of research; diversity, equity and inclusion; and issues of higher education leadership. For more on these subjects, visit: