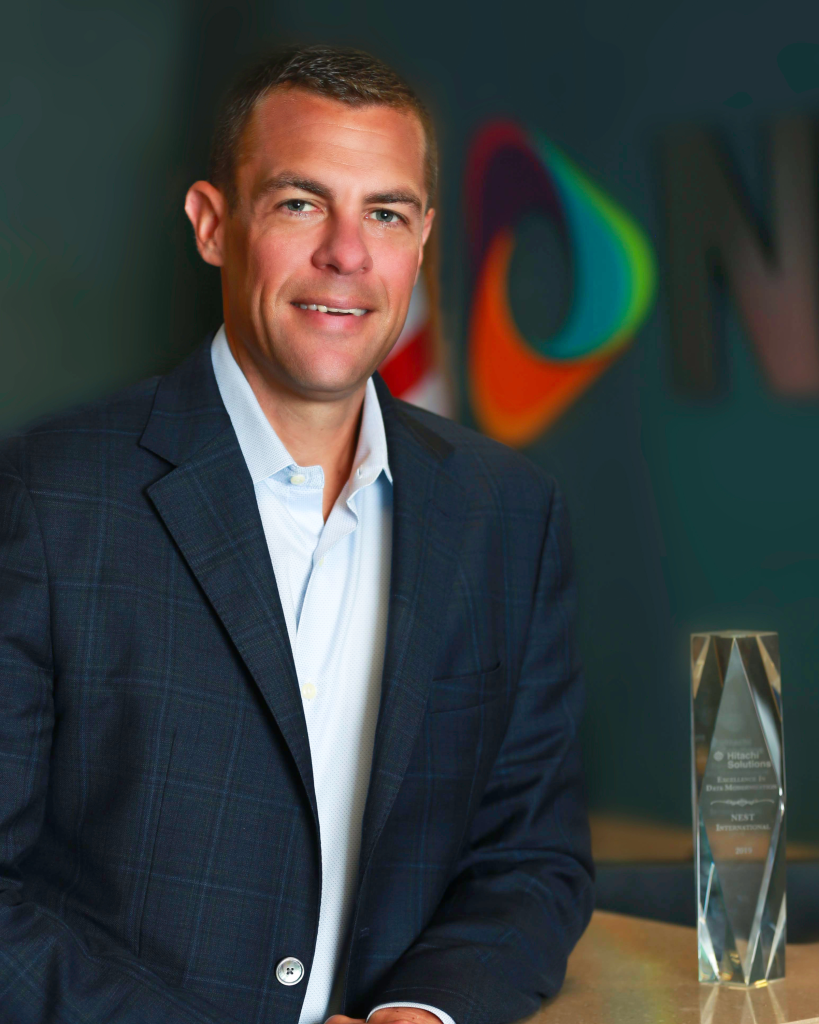 Rob Almond oversees the day-to-day operations for NEST, the pioneer of Integrated Facilities Management (IFM). As CEO, Rob leads a team of nearly 300 employees who partner with more than 20,000 independent service providers to manage 60,000+ retail locations and multi-site businesses across North America.

Before being named the Chief Executive Officer in 2015, Rob held several positions throughout his 20-year career at NEST. He has led the charge to develop industry-leading software solutions for NEST’s clients and service providers. His strong desire for a great workplace culture has allowed the organization to see double-digit percentage growth each year since becoming CEO.

Through Rob’s leadership, NEST established a new charity arm to oversee philanthropy. NEST Nurtures focuses on supporting nonprofits and improving communities while expanding on the company’s philanthropic endeavors that NEST has fulfilled since the company started in 1994. Inspired by his father’s dedication to giving back, Rob’s philanthropic approach to business is at the forefront of the company’s mission. Since 2020, NEST Nurtures increased the company’s charitable giving to over $100,000 annually for charities across the country.

Rob is a highly regarded voice within the retail and facilities management industries. He has been featured on CNBC, Fox Business, writes for Forbes as a member of the Forbes Business council, and is an active member of several trade organizations, including Connex, SPECS, and ICSC.

In 2021, Rob won the Most Admired CEO Award by the Philadelphia Business Journal. Earlier in his career, Rob was named by Chain Store Age as one of the Top 40 under 40 retail executives and earned the Top 40 under 40 Executive title from South Jersey Business People. He also won the Executive Management Award from Smart CEO Magazine.

Rob earned his undergraduate degree from the University of North Carolina at Greensboro and graduated from St. Joseph’s University MBA program. He is currently on the Saint Joseph’s Board of Visitors and a member of the university’s advisory board of the Department of Decision & System Sciences. He also sits on the board for his high school alma mater Paul VI in South Jersey.